6 Notable Alumni of the University of Montana 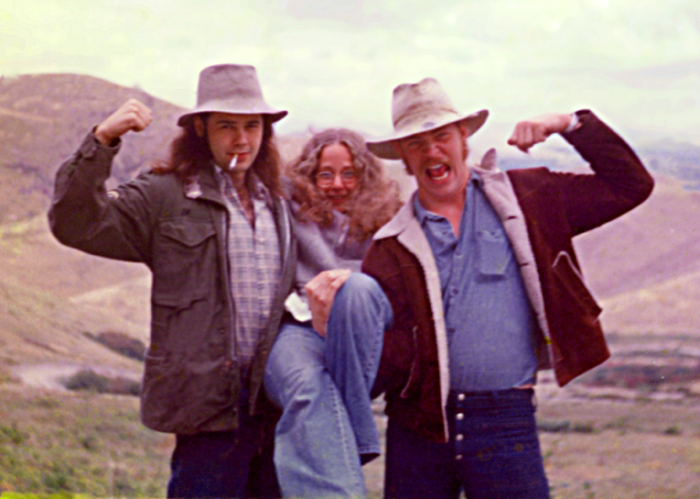 The University of Montana can boast many notable and prominent alumni throughout the years. Founded in 1893, it has over a century’s worth of successful graduates to honor. Actors like Academy Award winner J.K. Simmons, All in the Family star Carroll O’Connor, and George Montgomery all spent their formative years at UM before finding stardom. Montana natives like Pearl Jam bassist Jeff Ament and women’s rights activist Jeannette Rankin rose up from their roots to take the world by storm, while poet James Welch became a major voice in Native American literature. All of these people can thank an education at the University of Montana for playing a part in shaping their careers, and taking what they learned into their wildly successful careers.

James Welch is a prominent Native American poet and novelist, best known for his first novel, Winter in the Blood. He is considered a founding author of the Native American renaissance. He earned his B.A. from the University of Montana and later taught at the university, as well as at Cornell University. Welch won numerous awards throughout his writing career, including the 1997 Lifetime Achievement Award from the Native Writers’ Circle of the Americas. Welch passed away in 2003 at his home in Missoula, Montana at the age of 62.

Actor and Academy Award winner J.K. Simmons graduated from the University of Montana in 1978 with a B.A. in music. He originally intended to be a singer and studied at UM to be a composer. Instead, he went on to act in major feature films such as La La Land, Juno, and Spider-Man, but found his way back to music in an Oscar winning role. Simmons won an Oscar for Best Supporting Actor for his performance in Whiplash, where he portrayed a raging, villainous music instructor who stops at nothing to see his students’ potential realized. This performance also won him a Golden Globe and a BAFTA award. Simmons gave the commencement speech at the University of Montana to the Class of 2016.

George Montgomery was a jack-of-all-trades, making his name as an actor, painter, sculptor, furniture craftsman, and stuntman. He studied at the University of Montana for a year, where he was a campus heavyweight boxing champion, majoring in architecture and interior design. He dropped out a year later and moved to Hollywood to pursue a serious boxing career, and there, earned attention as a stuntman. Montgomery quickly became a famous face, and is today most known for his roles in The Brasher Doubloon and The Steel Claw.

American musician and songwriter Jeff Ament made his name as the bassist for and one of the founding members of Pearl Jam. Ament is a Missoula, Montana native and attended the University of Montana until the school discontinued their graphic design program in the early 1980s. Turned out that was Ament’s chance to move to Seattle and form Pearl Jam, one of America’s most popular bands. Pearl Jam won a Grammy Award for Best Hard Rock Performance in 1996. Ament was inducted into the Rock and Roll Hall of Fame in 2017, and made headlines for wearing a T-shirt honoring musicians who have not been inducted into the Hall of Fame.

Jeannette Rankin has gone down in history as the first woman elected to the United States Congress. She was born in Missoula, Montana and graduated from the University of Montana in 1902. In the following years, she began speaking about and lobbying for women’s right to vote, and was a notable force behind the organization that secured Montana women the right in 1912. She spent the majority of her life in various political roles, being elected to Congress on the Republican ticket in 1916, where she voted for Prohibition and against the Espionage Act of 1917.

John Carroll O’Connor is best known as Archie Bunker, the famously bigoted working family man starring in the 1970s sitcom, All in the Family. O’Connor earned his master’s in speech at UM, and that’s also where he met his future wife, Nancy Fields. He briefly returned to the University of Montana as a guest of honor when UM’s regional studies and public policy institute was renamed Carroll and Nancy Fields O’Connor Center for the Rocky Mountain West. O’Connor died in 2001 at the age of 76 from a heart attack.

Be sure to check out our other great blogs here!